The Rise of Christmas Cyber Shopping

Christmas shopping has always been the busiest in the retail calendar, and stores have worked hard to create the ultimate shopping experience by decorating their stores, hiring seasonal staff, and increasing stock.

But in recent years, a new kind of shopping has been competing with the high street. More and more customers are going online to buy gifts during the festive season.

UK stats show the huge growth that online shopping has had over the years.  The Direct Marketing Association, demonstrates the extent of this growth. They analysed home shopping over the years, which includes any mail, telesales, TV or online order. Here are the statistics:

Testament to this growth, a survey by the Telegraph found that “British shoppers already spend almost £1 in every £5 of their shopping via the internet.” Consumers are now searching for their perfect gifts online more and more often, choosing internet shopping over the traditional store purchase.

This trend is most apparent at Christmas - particularly with the recent growth in popularity of Black Friday. It has taken a little while for UK customers to catch on to the US holiday, but over the last few years it has become a major shopping event. The graph below from the DMA represents this surging interest.

According to Internet Retailer, during Black Friday weekend 2015, UK consumers spent a massive £3.3 billion in total, with a large percentage of these sales made online. Below is the amount of money spent per day, in store and online.

Indeed, internet spending at Christmas has steadily risen over the years. According to the BBC graph shown below, the UK spent an estimated £17.5 billion online in November and December 2012. Now, in 2015, this figure is expected to hit around £26 billion. 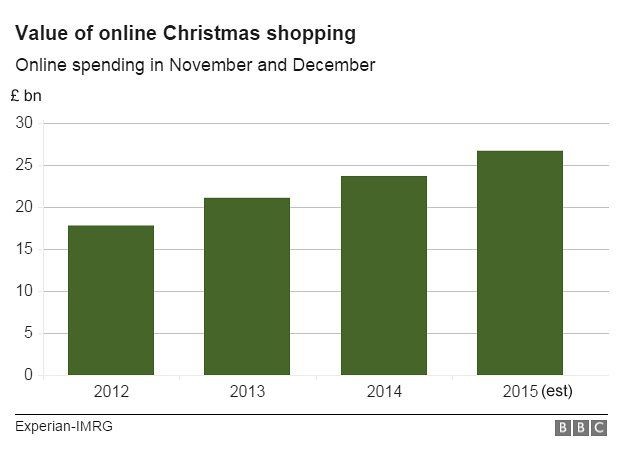 Online shopping is now so popular that in a study of 2000 people conducted by Approved Index, it was revealed that 89.68% of people shopped online at some point during the festive season.

Customers were then asked if they would consider shopping around if a website didn't have an item that they had planned to purchase. The study showed that if people couldn't find the item they wanted, they would visit other websites for a similar product.

Another reason ordering online has proven so popular is the flexibility of the service. The study below shows that convenience and ease of purchasing are winning over customers. Indeed, the BBC revealed that the number of online orders over the years increased from 671 million in 2012, to an estimated 1.011 billion in 2015. This is shown in the graphic below: 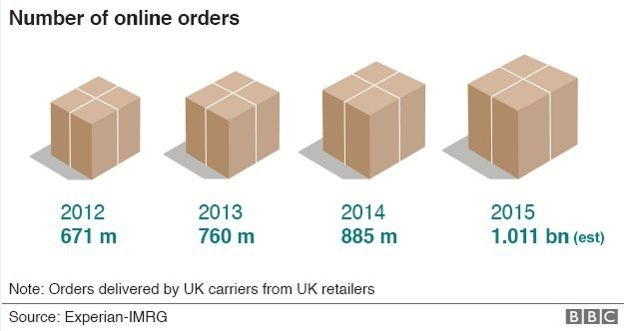 With people’s lifestyles becoming busier and busier, more and more are looking for the fast click. Online orders can be delivered straight to the customer’s door, or to a store ready for them to pick up. With little fuss, quick purchase and delivery, the convenience of online shopping is impossible to deny.

As more and more customers begin to use online shopping regularly, ecommerce websites are going to be busier than ever. And not only is the amount of home shopping orders growing, but, according to the DMA, the average order value of the online purchase increased from £49.04 in 2013 to £49.58 in 2014.

And the number of people ordering online is only expected to increase.  According to the Telegraph’s research from OC&C Strategy Consultants, PayPal and Google, “Online sales in the UK will grow by £320bn between now and 2018, expanding the size of the online market to £645bn.”

With so much competition in the ecommerce industry, it is essential that businesses meet customer expectations. To keep up with the competitive market, retailers are now concentrating on their online ease of purchase, and implementing a reliable delivery system. After all – those presents won’t deliver themselves!

Want some assistance with your company’s delivery strategy? Get in touch with Whistl to find out more about their delivery services.